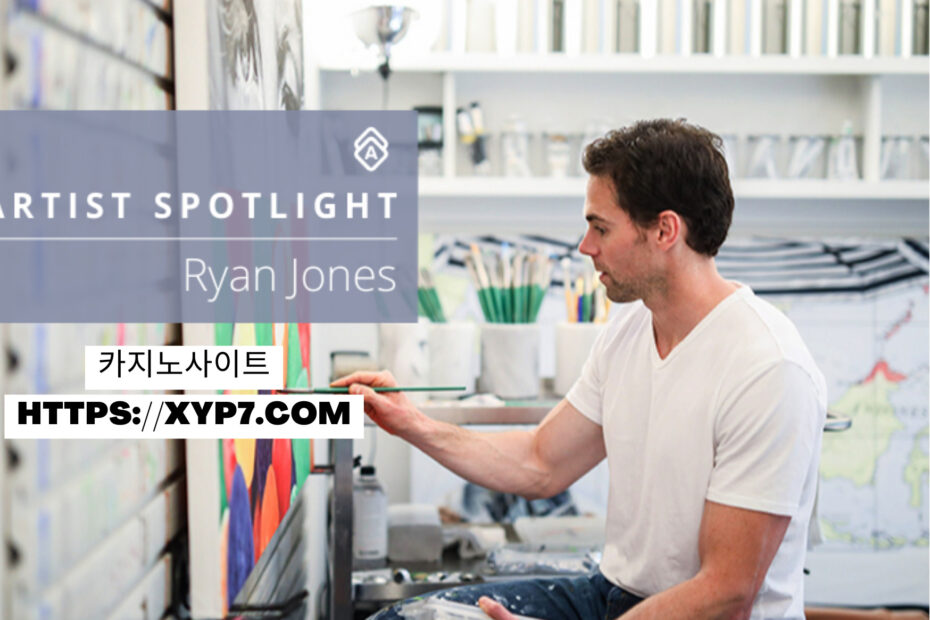 Jones, a self-taught oil painter, worked as a matte painter for George Lucas on a number of Hollywood films.

As a result, his eye for cinematic intrigue aided in the formation of a particular lens through which he viewed the world.

And the preservation of cultural memory, with references spanning multiple decades in film, advertising, and media.

Jones’ talent at painting for the silver screen is reflected in his works’ dazzling highlights and controlled depth.

His characteristic use of a divided canvas (reminiscent of storyboards made for scripts or screenplays) also allows unrelated scenes to build towards a greater narrative.

You can view more of his work on Discovery and learn more about it below.

What was the nature of your creative education (formal or informal)? Did you find a formal education

Such as an MFA, vital for your artistic progress, or did you find it elsewhere?

The most important aspect of any education is the relationships you form with your peers.

That is what sticks with you and helps you later in life.

I minored in art at Stanford and took summer classes at CCAC.

My specialty was computer graphics at the time, and I just had a few of basic painting classes.

Years later, I began painting again. From then on, everything was self-taught through trial and error.

Hundreds of paintings and thousands of hours later, it doesn’t feel like it was learnt anywhere—the style and process merely grew over time.

It is critical to get out and about, see art in public places, and interact with other artists.

When I graduated from college in 2003, digital special effects were becoming increasingly prevalent in Hollywood films.

As a Bay Area native and lifetime Star Wars enthusiast, I was familiar with Lucasfilm and Industrial Light & Magic (ILM).

I became increasingly interested in working there, and with the growing use of computers in the VFX business, mixed with my passion of art, a job in that field seemed a natural fit.

During my junior year in college, I interned at Pixar. This provided additional fuel to the flames.

Following graduation, I was hired as an entry-level Technical Assistant at ILM, and that’s where it all began.

Many years later, I’ve worked as a Technical Director, Matte Painting Artist, and Senior Generalist Artist on over 40 feature films.

All of them are distinct disciplines that employ digital special effects and talent to create cinematic enchantment on the big screen.

Ryan Jones, How has your time in Hollywood influenced your artistic practice?

The goal in the film industry (especially with visual effects) is usually to make the production appear realistic.

So you start looking closely at things like reflections, specular highlights, and how varying lighting affects shapes.

While I do not want to be a photorealist in my personal creative practice, elements of that method have undoubtedly influenced my eye and work.

It’s probably most noticeable in my paintings with close-ups of cars and items.

Other cinematic aspects that can surely be applied in the painting domain include composition, framing, hazing, focus, and vignetting. 카지노 블로그